If you have been sitting on your hands and hoping for a super last minute holiday deal, you might have missed the boat because Holiday giant Tui has warned there will be 'no last minute' low price deals this year as it expects summer bookings to 'almost reach' 2019 levels. 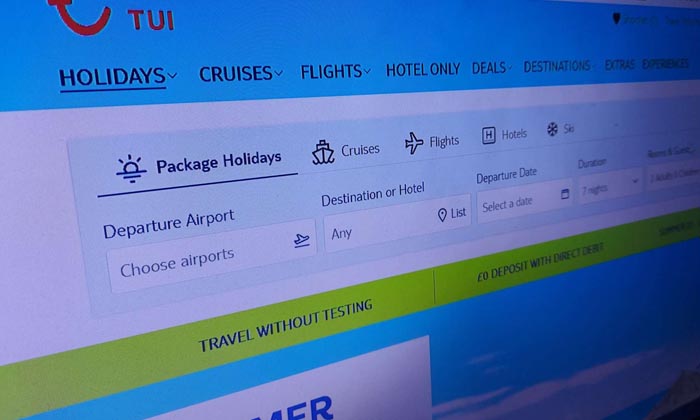 TUI said holiday bookings had surged in the past six weeks as people planned for summer breaks after the easing of Covid travel restrictions.

The surge in bookings is great news for TUI and other holiday operators but bad news for holidaymakers because Tui's boss warned of price rises and limited offers due to the high demand and high fuel costs.


Fritz Joussen said, "There will be practically no last minute offers at low prices this summer."

It's such great news for TUI who said their losses have halved to Â£525m in the six months to March and the company told its shareholders it could return to profit by the end of the year.

Sign up for the chance to get a free essential travel set with 2 100ml Squeezy Bottles, a 60ml Spray Bottle, a 60ml Pot and a Toothbrush Cap.

Another problem creating a bottleneck in holiday bookings is a shortage of accommodation because Mediterranean holidaymakers are taking longer trips.

Villa rentals can be an affordable alternative to hotels: Villa vs Package Holidays

The average length of holiday booked by customers has increased from 8.5 to 9.5 days as holidaymakers look to make up for lost time over the past couple of years.

Most popular TUI destinations in 2022

In an interview with the BBC Tui said, at the moment Greece was its most popular destination, closely followed by the Canary and Balearic Islands and Turkey.

Passenger numbers growing fast in run up to summer

Heathrow Airport also weighed in on the optimism saying it had seen strong demand in April and forecast that passenger numbers will grow this summer.

However, the UK's biggest airport wasn't as confident as TUI, saying demand would only hit 65% of pre-pandemic levels compared to 85% predicted by TUI.


Key markets such as the United States still have strict testing measures in place which is slowing down the recovery of the travel sector and putting extra pressure on other destinations.

However, despite the US travel restrictions, it's been reported that Brits are increasingly choosing to make the journey across the pond to holiday in the USA. Orlando and New York are the most desired destinations.

Book now if you don't want to miss out!

The advice to holidaymakers is to book now in order to avoid disappointment this summer. Just don't expect to secure any great deals.

Next: We won a Â£25 Uber Eats Voucher with 7up Moments