The eight remaining celebrities and their professional partners are dancing for a place in Musicals Week. 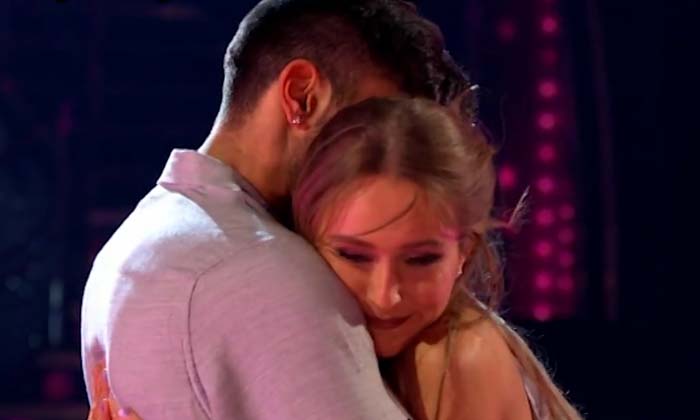 Tilly Ramsay and Nikita Kuzmin kick off proceedings with a cute Quickstep which scored a very decent 29 points, 7s from Craig, Motsi and Shirley. Anton scored the dance 8.

Next to dance was AJ Odudu and Kai Widdrington with a Pasoboble. AJ is the highest scoring celebrity so far in the competition so expectations were high. This time, however, the judges weren't impressed and only scored the couple 28 points, rooting them to the bottom of the leaderboard for the rest of the show. Unfamiliar territory for the consistently high scoring couple.

Dan Walker and Nadiya Bychkova were next on the ballroom floor with an American Smooth. Dan typically doesn't score high but the Motsi, Shirley and Anton loved it, scoring the couple 8, 8 and 9 respectively. Craig however was singing from a different hymn sheet. He said it lacked feeling and scored the dance a measly 4 and denied the BBC Breakfast presenter a score in the 30s. He scored 29 points.


The standard for the night was raised to lofty heights when Rhys Stephenson and Nancy Xu took to the floor with the Charleston. "Best Charleston of the Season so far" said Motsi, head judge Shirley and Anton agreed, Craig fell in line too saying "Amazing". A perfect score of 40 points sent the couple directly to the top of the leaderboard.

Sara Davies and AljaÅ¾ Skorjanec needed to put in an excellent performance in their Argentine Tango to keep the momentum. The couple scored a very decent 32 points.

John Whaite and Johannes Radebe had the judges pulling out high value paddles with the highest scoring Samba of the series so far, 38 points, one point better than the previous week and second on the leaderboard, for now. The Samba is Johannes' favourite dance and you could tell. Shirley and Motsi were on their feet the whole time and loved every minute.

Up next was a Viennese Waltz from Tom Fletcher and Amy Dowden. It didn't bring the roof down but was a solid offering, scoring the couple 30 points for their efforts.


The final couple to mix things up was Rose Ayling-Ellis and Giovanni Pernice. They danced a Couples Choice which included a tear-jerking and very special 'Silent Moment' dedicated to the deaf community. For around 10 seconds midway through the dance, the music stopped while the couple continued their routine. Needless to say, the judges, studio audience and people watching at home were overwhelmed with emotion. It truly was a special moment. They scored 29 points and knocked John and Johannes off the second place spot.

"In this dance we have a very special moment, and I'm doing it for the deaf community." ð So much power in the silence of Rose and Giovanni's routine. #Strictly @RoseAylingEllis @pernicegiovann1 pic.twitter.com/kW8OTggI5X

It's Remembrance Day so the Strictly professionals opened the results show with a tribute dance to the song 'You'll Never Walk Alone'.


So who will the red light fall on this evening? Despite scoring an impressive 32 points, the first couple chosen to compete in the dance off was Sara Davies and AljaÅ¾ Skorjanec.

Before the next couple learned their fate, there was a performance from James Blunt on piano belting out his new song.

Light respite over and back to business. The public chose Tilly Ramsay and Nikita Kuzmin to face off against Sara and Aljaz in the dance off.

Both couples put in a spirited performance but in the end all the judges decided to save Tilly Ramsey. Head judge Shirley also said she would have saved Tilly.

Next: 50% of ice-cream is bought outside of summer