You could soon be able to get free surplus stock from online retail giant Amazon. Instead of destroying surplus stock, they are trialling a system that involves distributing a range of products struggling families. 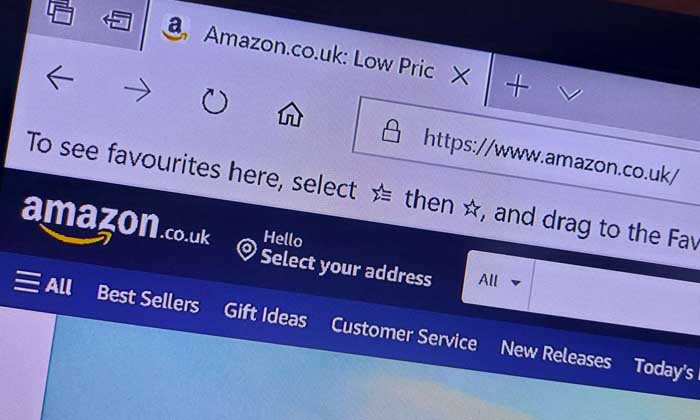 Amazon are trialling a new anti-poverty project in Fife where they intend to donate thousands of surplus Amazon stock to struggling families.

Approximatley 13,000 families in Fife will receive items like nappies, kitchenware and children's clothing from Amazon's distribution centre in Dunfermline.

The online giant has also provided a Â£150,000 grant and partnered with logistics expertise to help create the new project site in Lochgelly, which by all accounts is quite a statement of intent to roll this project out for a prolonged period.

This is a welcomed action by charities after Amazon was criticised last year when claims emerged of unused stock being destroyed. In response to the outcry, the firm said recycling was its priority.


Recycling is great but we think giving stuff away for free to those who need them is a far better way of putting all that surplus stock to good use. Reuse is better than recycling!

The charity coalition managing this new initiative is led by Kirkcaldy-based charity The Cottage Family Centre. They are in charge of identifying families in need and referring them to the project.

Scheme could be replicated across the UK

If the trial scheme works out in Fife, Amazon could use this model of giving surplus stock to local charities across the UK to give needy families a real useful helping hand.

This April national insurance is going, so are utility bills. Food and clothing costs also are already at an all-time high so many families around the country will welcome this very generous support from the world's largest online retailer.

See also: Is Amazon Fresh Supermarket a Snoop Too Far?

Out of the 1,600 families referred to the group over Christmas 2021, many were living on around just Â£500 per month.

Pauline Buchan from The Cottage Family Centre said "The poverty levels in our community are the worst I've ever seen in the 15 years I've been in this job.


"I actually think if it wasn't for this Amazon project, over the course of the next couple of years, we're going to end up like a deprived borough in London where there's more violence, more drugs.

"We need to be realistic here about what's happening in our communities. All the decision-makers need to get a grip of this. When I was a kid, I lived in significant poverty - that was in the 80s, it should not be like this for families in 2022."

Amazon deny this is a PR exercise

Amazon are making it very clear that this is not a PR exercise to deflect accusations that they send items to landfill in the UK. The company said its priority was to resell, donate to charity and recycle unsold products.


Former prime minister Gordon Brown who was also an MP in Fife for 33 years was instrumental in getting the shopping giant to help families in Fife. He reached out to them to ask for help to ease poverty at a time when fuel and food bills are rising. Mr Brown is also still appealing to local businesses to get involved to ensure the project lasts.

What does Amazon do with other surplus stock?

The scheme being trialled in Scotland only covers essential goods but what does Amazon do with all the other surplus stock such as electronic goods, furniture, kitchen, homewares and more? They sell them of course but not on a product by product basis, they flog them by the pallet load.

If you have a thriving ebay or etsy shop or you're just an enthusiastic car boot salesperson, you could take advantage of Amazon Europe Online liquidation auctions of customer returns pallets. Prices for truck loads of goods start from just a few hundred euros up to several thousand.